A visionary winemaker who lives and produces wine in Napa Valley, Dave Phinney’s interests span the globe. He’s completing his 22nd harvest in Napa and throughout California for Orin Swift, while his Locations brand sources from notable and up-and-coming wine regions around the world.

The self-proclaimed “dirt farmer” loves growing so much he owns a vineyard in the South of France and stays close to winegrowing for all his brands. Who better, then, to capture what makes Napa Valley stand apart – and the challenges inherent to the region.

“Every time I come home from a trip, I pass through Yountville, and I come around a bit of a curve. Suddenly the whole valley opens up…it still gets me every time,” Phinney said. 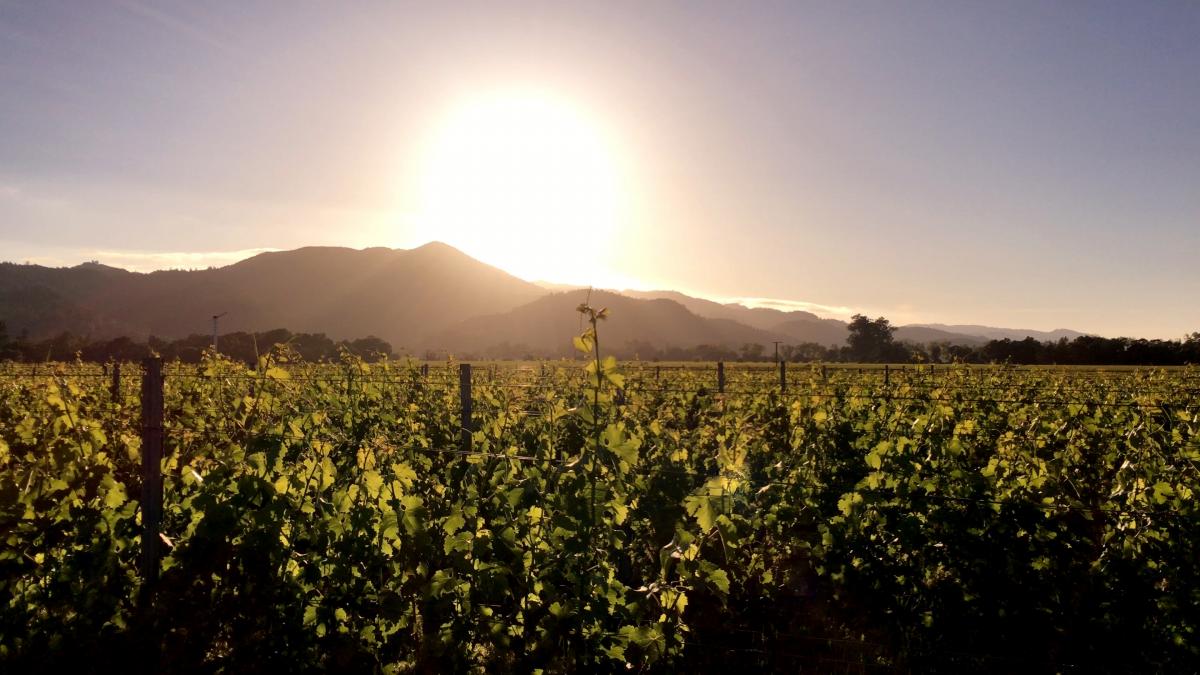 “I think what makes Napa special is that it is the closest thing we have to a Grand Cru or a first growth in the U.S.,” Phinney explained. “You could say that about some vineyards down in the Central Coast, but it is a lot easier and more palatable – no pun intended – for the rest of the world to accept that statement when it has Napa Valley attached to it. There is a pedigree to Napa Valley that's different from other places.”

“There is a pedigree to Napa Valley that's different from other places.”

Most wine lovers automatically associate Napa with world-class Cabernet Sauvignon – with good reason. Cabernet grapes thrive in a dry Mediterranean climate shared with only 2% of the world’s landmass.1 This environment nurtures robust fruit flavors with balanced acidity and structure.

Yet Napa is smaller than most major wine regions with about 1/8 the amount of land planted to vines than Bordeaux. The entire valley is only a few miles wide and about 30 miles long.2 Herein lies the challenge.

“Expanding vineyards and replanting vineyards, it's getting harder and harder,” Phinney said. “The cost of entry is very tough. And then the cost not only of buying the land but going through the entire process is very expensive.”

Furthermore, the price of Napa wines continues to rise over time. These price increases probably have at least some of your staff and guests wondering why.

Outside of Napa County, Phinney said his team may source grapes as low as 1/3 of the cost in County, which is likewise reflected in the bottle price of those products. Cost of goods sold, economic conditions and even prestige all play a role. Consumers continue to value the Napa Valley appellation despite – or perhaps even because of – the elevated average cost of a bottle or by the glass.

At the same time prices have risen, weather has increasingly challenged grape growers in recent years. Despite a slight increase in rain during the 2016 and 2017 seasons, drought will continue to be top of mind for the entire agriculture industry after a decade of low rainfall.

For Phinney, it comes down to how you learn and adapt. He said, “I'll always take a dry year over a wet year. We can control irrigation, but we can't control the weather.”

The ongoing threat of wildfires is another major concern for Napa, along with the rest of the state, after such a long drought period. Growers have learned to prepare for and even expect to feel the heat.

“I hate to say it, but the fires have become kind of the new normal for us,” Phinney said, “The smoke that we're experiencing now, which isn't really that much, doesn’t hurt the grapes. Their skins are still quite tough, and I'm not worried. The smoke isn’t settling. It's getting blown out just like it did last year.”

Relationships are one key to overcoming challenges of a small region with many factors at play. Phinney has managed to cultivate incredible relationships with growers throughout his winemaking career. Heralded sites and well-known growers have provided the backbone of many of his projects. 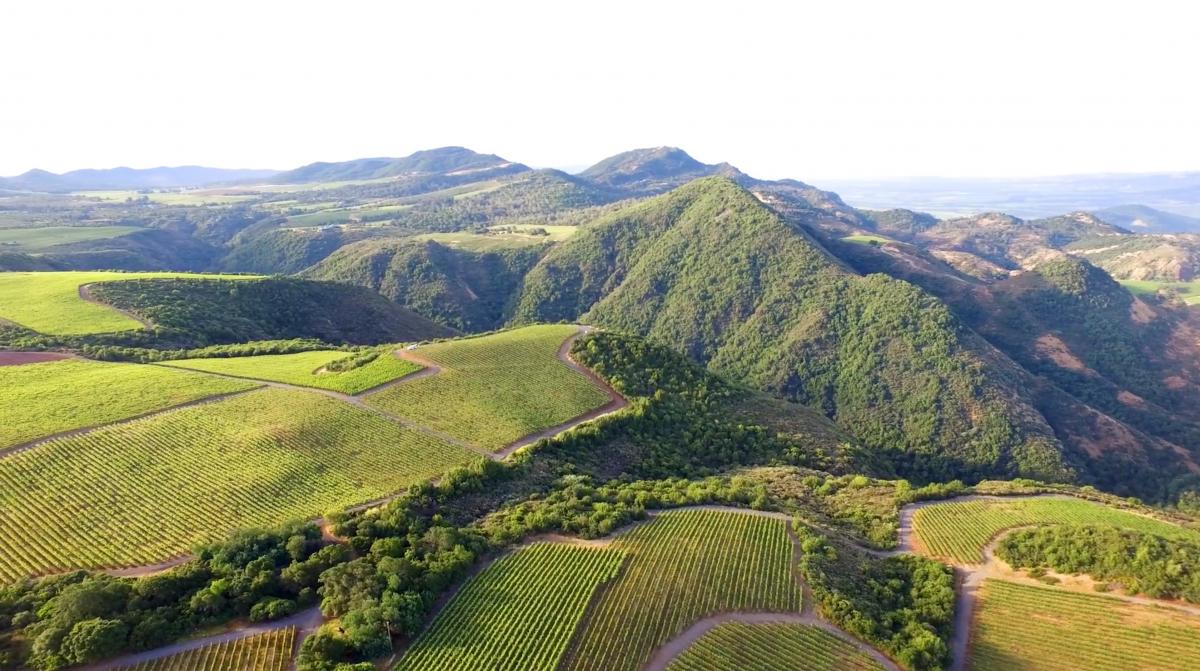 “At the time of the sale our [Orin Swift’s] average relationship with growers was 10 years. So to me, that is our benchmark,” Dave explains, “I'm very proud of that because a lot of people jump around, year to year. But 10 years…I mean, that's a marriage.”

An example of Phinney’s long-term relationships can be found in Napa and the Stagecoach Vineyard. Dave became aware of Stagecoach through the original owners. More than two years later, he continues to prize the fruit from Stagecoach for a number of his Orin Swift label.

ROOM AT THE TOP

Vintage after vintage, Phinney and many other winemakers depend on the exceptional Cabernet Sauvignon produced in the Napa Valley. And while many styles of Cabernet receive international acclaim, Bordeaux is widely known as the historical birthplace of renowned Cabernet. The French reputation as the benchmark can sometimes feel like it holds Napa back on the world stage.

“Every year we [Napa] continues to be elevated,” Phinney said, leading to performance that deserves better than to be compared as “best growing region in America” or the “new hot growing area.”

“In my opinion, we're on par – if not exceeding – Bordeaux from a wine quality standpoint,” Phinney said. “There's no more debate about who's better or worse. There's absolutely no question we're equal.”

A FEW WORDS ABOUT ORIN SWIFT

The brand’s grapes come from winemaker Dave Phinney’s favorite lots across California – ensuring only the highest quality fruit make the final cut. Phinney walks every vineyard, calls every pick and is behind every packaging element and design. Each wine offers a distinct point of view.

This includes two wines carrying the Napa Valley appellation, Papillon and Mercury Head. And of course, one can’t talk Orin Swift and its winemaker without discussing the upcoming second vintage of his return to crafting Zinfandel, 8 Years in the Desert, releasing October 2018.

This ensemble of wine experts and market-makers share a pronounced passion for serving, selling, and sharing Fine Wine. Our backgrounds range from information technology, retailing, hospitality, and marketing communications. We draw from our organization’s top sales experts, marketers and educators – each with a singular mission to produce growth for restaurateurs and retailers.