As the family settled into a life defined by the ebb and flow of passing seasons, the Chianti region was still wrestling with its identity in 1981. The Super Tuscan movement had gained serious momentum a decade earlier led by a handful of vintners who railed against restrictive DOC practices of the Chianti zone. As outsiders, the Widmers fully embraced this modern vision of Tuscan winemaking as they set out to recalibrate the estate. 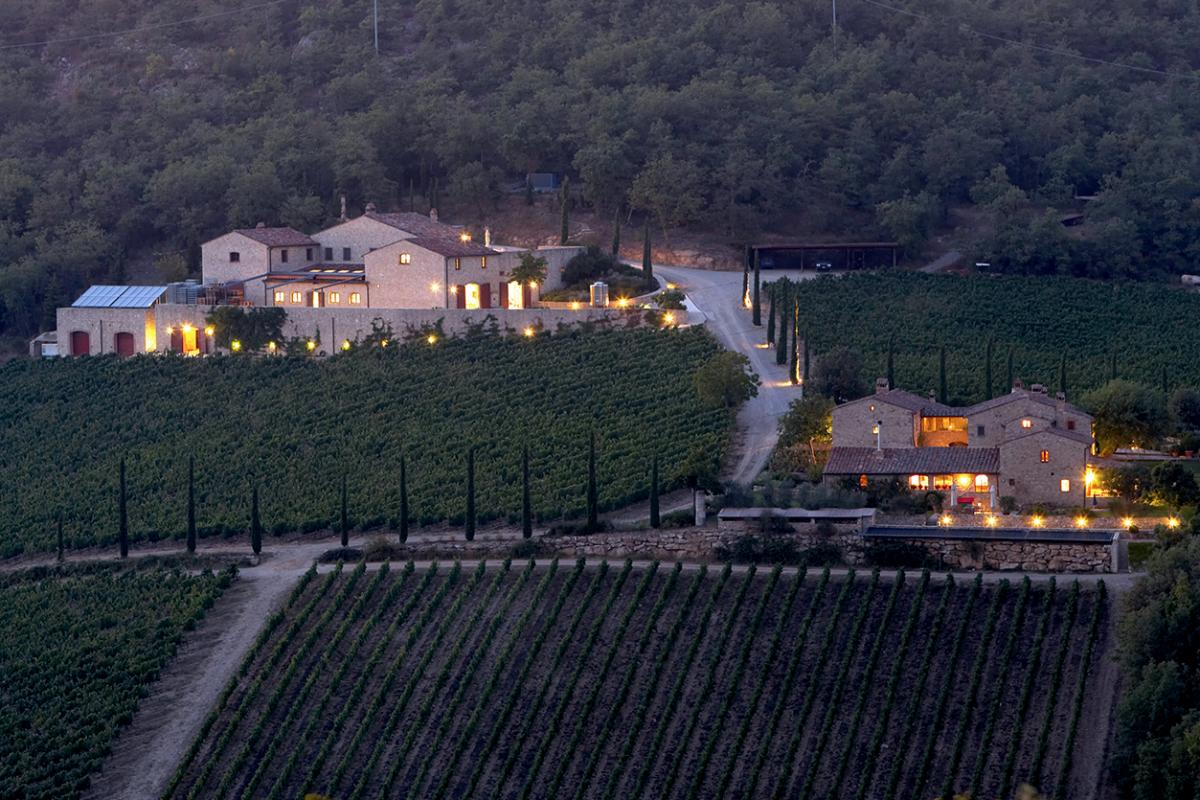 This intellectual shift, from Chianti Classico's traditional Sangiovese-dominant blends to wines incorporating international varieties, is reflected in Brancaia's minimalist labels—an unadorned blue square with a bold orange capsule that perfectly illustrates the extent of their departure from tradition. "My father created the label with the help of an art director," explained Barbara Widmer, winemaker at the estate. "A lot of people told my parents they were foolish, that nobody would buy the wine."

Buy it they did. By the time they released their second vintage, Brancaia had been singled out as a top-tier wine in a regional Chianti Classico tasting and was rapidly gaining international acclaim.

"The IGT or Super Tuscan movement was crucial as a means of improving quality in the region. Most people are not aware of what [Chianti Classico] was like 40 years ago; they weren't the sort of wines I would like to drink," she smiles warmly. "Legally, in the beginning, the first Super Tuscans were declassified table wines. Then, in the 1980s, Parker dubbed them ‘Super Tuscans.ʼ They became a huge success, and they were much better than their predecessors. This evolution created a serious problem for Chianti's vintners. At first, they tried to change the rules; the next step was to add the IGT designation that is now typical for the region."

It is through this lens—the lens of an outsider in Chianti's rapidly shifting stylistic enological landscape—that Widmer finds the contours of her wines. She blends Sangiovese with international varieties like Cabernet Sauvignon, Cabernet Franc, Merlot and Petit Verdot from Brancaia's three estate vineyards, capturing an exquisite sense of freshness and modernity while retaining an underlying structure that is purely Tuscan. "The last move the Consortium made was to reposition its pyramid of quality, not for the Super Tuscan, but for Chianti Classico." 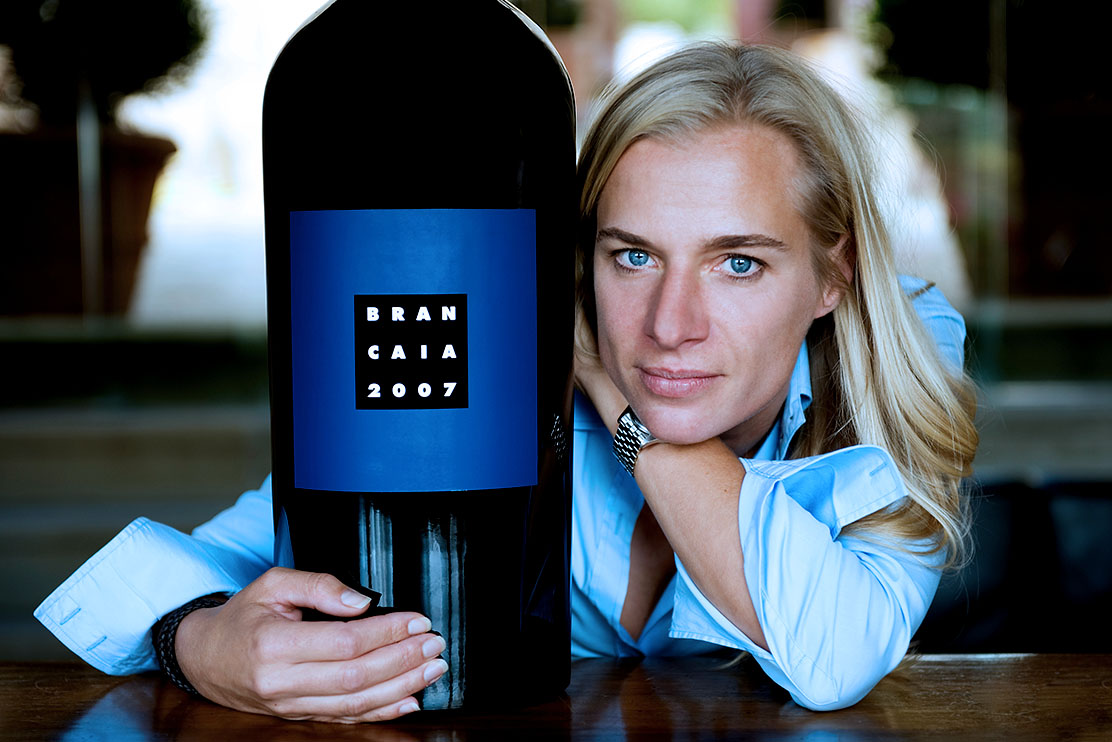 "We haven't really focused on these changes," she admits. We love our IGTs and think there is space for them in addition to our Chianti Classico designated wines." All her compositions, in particular TRE, ILATRAIA and IL BLU, show her skill in teasing depth from Brancaia's richly-varied parcels.

TRE, the winery's entry level label, is a blend of 80% Sangiovese, 10% Merlot and 10% Cabernet Sauvignon from all three of the winery's estate vineyards. It's an open-hearted wine, softly textured on the nose and palate, a basket of freshly harvested, sun-ripened Italian plums and black cherries rendered more complex by classic leather, earth, and warm spice notes.

Widmer introduces additional varietals to her blend with ILATRAIA. This is a surprising, non-traditional blend of 40% Cabernet Sauvignon, 40% Petit Verdot and 20% Cabernet Franc, crafted from fruit sourced from Maremma. It shows its Tuscan pedigree as it quietly unspools with notes of plums and ripe blackberries steeped in thyme. Burning embers, dust and juniper berries add layered complexity. On the palate, it’s round and velvety, with mouth-coating tannins that lend structure and finesse to a core of juicy, dark fruit. Tasting this wine, it's not surprising that the 2012 vintage garnered a 94-point score from the Wine Spectator. 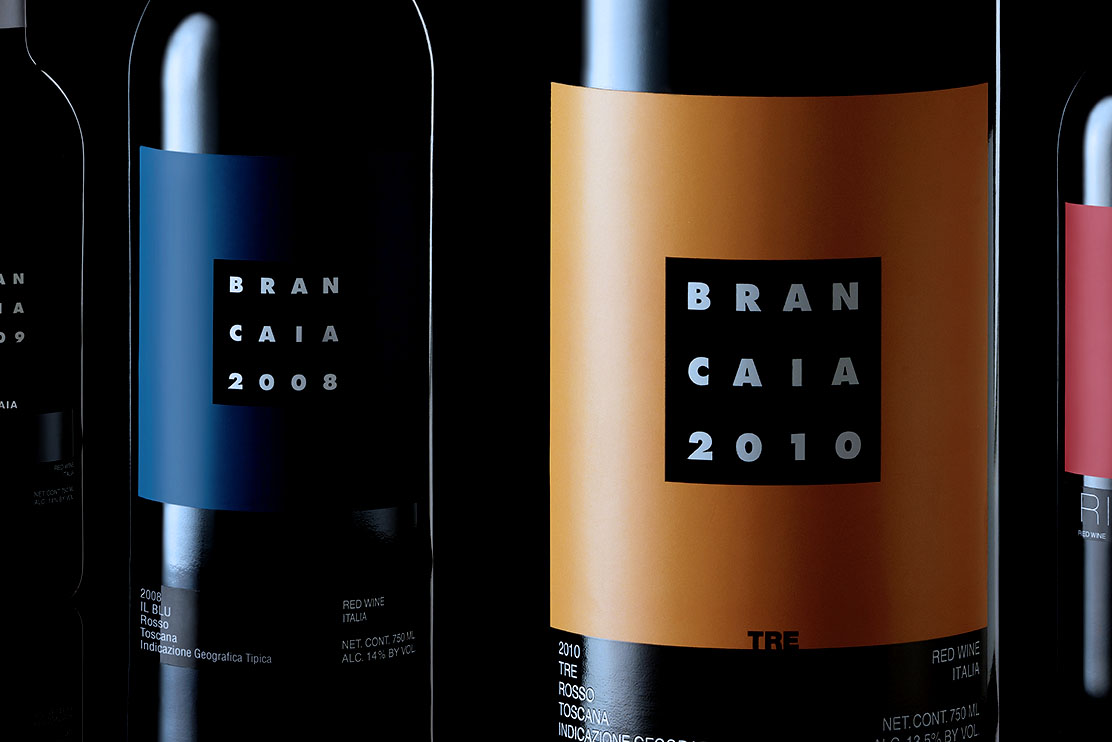 Brancaia's crowning jewel, IL BLU, is an elegant wine, a wholly modern Super Tuscan composed of 50% Sangiovese, 45% Merlot and 5% Cabernet Sauvignon that plunges into a dark fruited and savory mid-palate. Her dedication and technical care shows in her wines; it's a trait that spills over into the vineyards. "We will be organically certified within two years; I was convinced I could find ways to be more ecological in the vineyard, and giving consumers information about nature and our farming practices has become more important. We measure our carbon foot print, and we try to improve each year." Widmer's efforts are paying off.

"People often ask me, ‘What should I pair this with?’ My wines are all about mood, more than about what I’m cooking. If I really want pasta with tomato sauce, I'll pick the IL BLU—why not? My wines are all very international, they can be easily matched to other cuisines. When I have guests, I like to show Brancaia's versatility, I tell them, ‘If you enjoy them with the food you're eating, then it’s a good pairing for you.’"

This ensemble of wine experts and market-makers share a pronounced passion for serving, selling, and sharing Fine Wine. Our backgrounds range from information technology, retailing, hospitality, and marketing communications. We draw from our organization’s top sales experts, marketers and educators – each with a singular mission to produce growth for restaurateurs and retailers.