Known for her insight and ability to captivate audiences with emotional imagery of wildlife and conservation issues, Carrie Vonderhaar has been professionally photographing subjects under water and on land for over two decades.

Born and raised in Cincinnati, Ohio, Carrie holds degrees in Fine Arts, French and Political Science from Wittenberg University in Springfield, Ohio followed by advanced studies at Université de Rennes in France and Brooks Institute of Photography in Santa Barbara, CA. Currently, Carrie is excelling in the Winemaking Certificate program at UC Davis.

In 2011, Carrie became the second youngest woman inducted into the Ohio Women’s Hall of Fame for her success in photography and ocean advocacy. Carrie is also an EMT/DMT and has been a volunteer tender at the Pacific Grove Hyperbaric Chamber since 2014.

Though being connected to the ocean and the conservation community remains important in Carrie’s life; the birth of her daughters, Matilda (Tillie) and Coral, opened a new path.  With the focus of creating a legacy for her girls and future generations, Carrie and her husband embarked on the journey of establishing a vineyard and winery not far from the coast on their property in Carmel Valley, CA.  Small and intimate, this family endeavor strengthens their connection to the land and grounds their relationship with each other.  Like her photography, Carrie intends to combine art and science translating her grapes into something that will tell her family's story to others — through wine. 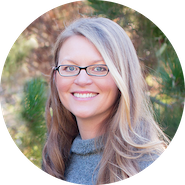