Elli Benchimol, third level advanced sommelier and mixologits hybrid, and brings more than 20 years of experience in thehospitality industry. She first developed an interest in wine while working at the Fifth Floor in San Francisco under the reign of Raj Parr and Laurent Gras. She is currently the Lead Sommelier at Joe’s Seafood, Prime Steak and Stone Crab in Washington,D.C., and has had previous sommelier positions with the beverage team at Range and Aggio by Bryan Voltaggio in DC and Baltimore, Frank Ruta’s Grille Room at the Rosewood Hotel in Georgetown, and leadsommelier at Adour by Alain Ducasse in DC’s St. Regis Hotel. Elli has also developed corporate beverage programs for multiple restaurant groups, Chef Geoff’s five RestaurantsandStir Food Groups’ four Restaurants. Elli’s first sommelier position in DC was at Rasika Penn Quarter with a short year in Miami opening Michael Mina’s Bourbon Steak. Originally from San Francisco, Elli grew up in Northern California’s wine country, attended San Francisco State, and worked at some of the best chef driven restaurants in the city, under talented wine mentors with award winning wine lists. Elli is currently studying for her final level in the Court of Master Sommeliers, while running Joe’s wine program, and managing a small distributioncompany.Elli loves teaching about wine, spirits and food, both privately and publicly, through her consulting LLC, and is looking forward to opening Aperoin 2021

"I’m so honored to be part of such a talented and inspiring group of women.  It’s such an amazing piece of positivity and light during such incredibly dark times." 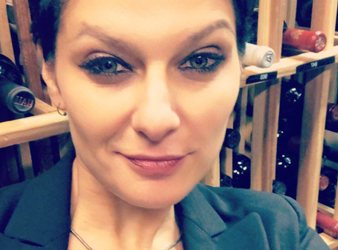