Just as Apothic is not your ordinary wine, Deb is not your ordinary winemaker. With her roots in California, and the fertile soils and rolling vineyards of the Central Valley, Deb seeks to tell a story—of drama, intrigue, or romance—with each Apothic wine, guided by a deep understanding of the grapes and an insatiable desire to experiment with intense aromas and bold flavors. 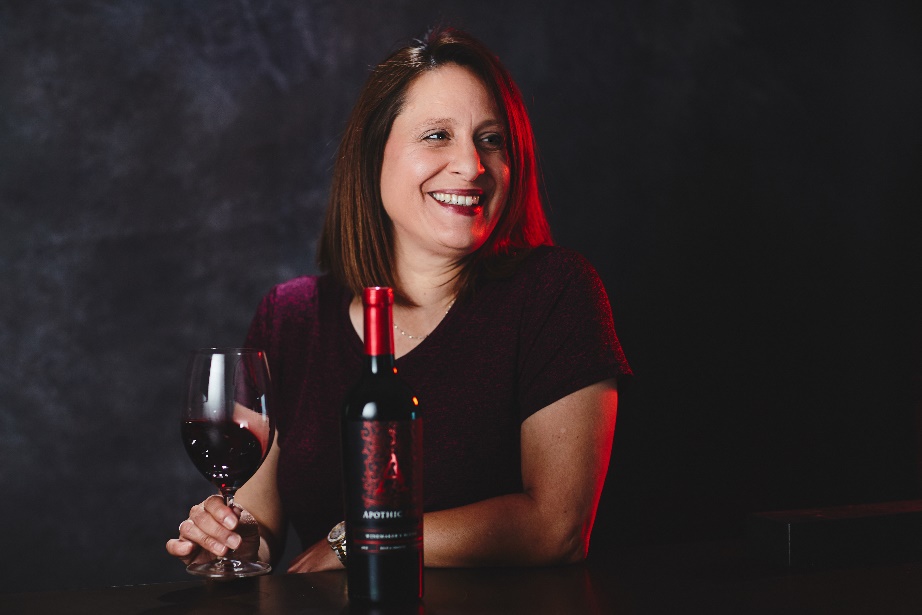 Her own story is one of intrigue: captivated by the valley’s intricate soil compositions, Deb earned a bachelor’s degree in Geology from California State University at Stanislaus, which ignited her fascination with wine grapes. In 1995, she joined E. & J. Gallo Winery as an analytical technician, which gave her a strong foundation in the chemistry of wine and the dynamic relationship between sugar and alcohol.

She then became a researcher at Gallo, where she spent four years discovering how oak barrels interact with wine, and later, a part of Gallo’s Coastal Winemaking Team, with a hands-on role in blending that lasted eight years. During that time, she worked with dozens of winemakers, acquiring great expertise and a keen palate, both of which she channels into her role today: winemaker of the wildly popular Apothic wines, including Apothic Red, White, Dark plus a mix of daring varietals and limited-edition seasonal releases.

Deb loves putting together new blends, and you never know what daring flavor she is going to reveal next. One thing is certain: Where Deb is, there’s mischief in the making.