Deeply passionate about honoring the history of her family and the craft of winemaking, Gina Gallo is a third-generation winemaker from one of America’s most historic winemaking families.

Gina’s journey as a winemaker began when she was just 10 years old, picking fruits and vegetables with her father and grandfather for her mother and grandmother to prepare their fresh, seasonal family meals. It was her family’s shared passion for food and flavor that brought the generations together.

“It was not just about the food, but the people at the table,” said Gina. “We were always there with my mother and father’s parents. We learned so much about our history through these meals.” 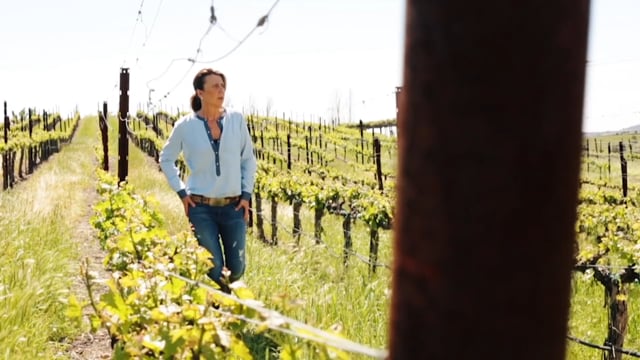 After college, Gina began her career in sales. Drawn to telling the stories of the land she found that her true calling, like her grandfather before her, was as a winemaker. Mentored by her grandfather Julio, her father and longtime lead winemaker Marcello Monticello, Gina flourished in the cellar. From the beginning, Gina has been intimately engaged with Gallo’s premier estate vineyards. As winemaker, she values the entrepreneurial history of her family, using her experience and creative vision to craft luxury wines from these exceptional vines.

Today, Gina is the winemaker behind Gallo Signature Series. She has been honored with several awards and accolades, including being named one of the Most Innovative Women in Food and Drink by Fortune magazine, as well as being named #17 on Decanter magazine’s “Power List” of the most important men and women in wine.

A wife and mother of two, Gina is committed to her family and her Napa Valley community.